Volunteers have reported a tragedy of seven dogs. We managed to locate four of them in contemporary houses, but remaining three still needed urgent help. We agreed to take them.

Here is the report: “Their owner has died and dogs have been left all alone by themselves. They are gentle and friendly, a little distrustful, though. They let a person to approach them only when they see some food. They’re almost flinging themselves on food. The partner of the late dog’s owner had to move out of his house after his death and now lives alone at  her friend’s apartment, who took her contemporarily under their roof. She is an unemployed person, poor and drinking. She moved not far away so dogs could run from their home to her new one and have stood under the fence. Even if she wanted to take them, she wouldn’t have enough room for them and money to maintain them. If it wasn’t for help, the dogs would wander around the village looking for food and slowly die from hunger.

The dogs came to the clinic , where they were examined and had basic veterinary interventions done. Two of them, the bitch Majka and the dog Bohater, moved away to a small inn after a few days. They’re in good health, but also withdrawn and in need of further socialization.

Unfortunately, the third dog turned out to be very sick. He was extremely groggy, and skinny, and had a huge tumor under his belly. He has to remain in hospital for a longer period of time, because that’s what his condition requires. He has a long treatment ahead of him, and an operation.

We ardently ask for Your support for the dogs –  inn’s care, food and treatment mostly is needed.

The dogs came to the clinic, where they were tested under all veterinary procedures. Two dogs, a female Majka and a dog Bohater, after a few days moved to a small hotel. Their physical condition is good, but they are very withdrawn and require longer socialization.

Unfortunately, the third dog turned out to be very sick. He suffers from a huge tumor under the belly, emaciation and exhaustion. He must stay longer in the hospital because his health requires it. A long treatment and surgery await him.

We are asking for the  support – hotel care, food and  and above all treatment, which is needed. 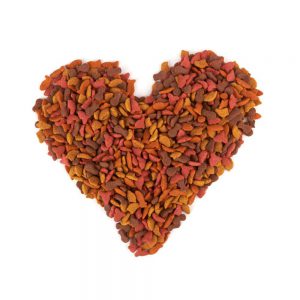